Symposium on Fracture and Lifetime of Materials 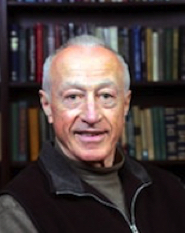 Alexander Chudnovsky is internationally recognized for fundamental developments in theoretical and experimental approaches to the fracture phenomena, assessment of materials durability and accelerated testing for estimating the lifetime of engineering structures.

Brittle failure, i.e., crack initiation and growth is considered the most dangerous fracture mode that often leads to a catastrophic failure and limits the lifetime of engineering structures. As a rule the brittle fracture should be avoided, though in some cases such as fracturing of oil and gas reservoir rocks to improve production, it is a highly desirable outcome. To predict and manage the brittle fracture process one needs to understand its mechanisms and develop an adequate modeling of various forms of brittle failure.  Fracture Mechanics (FM) is a part of more general continuum mechanics and thermodynamics that addresses the above tasks.

For about a century FM was evolving in two main directions. One deals with crack related computational problems of linear and nonlinear elasticity, anisotropic elastic media, elasto-plastic and visco-elasto-plastic materials etc. In the 100 years since the celebrated work of C.E. Inglis, the computational FM has become a mature science.

Another direction of FM is associated with the physical aspects of fracture such as crack initiation and crack equilibrium conditions, slow crack growth (SCG) and rapid (dynamic) crack propagation (RCP) equations, criteria of transition from SCG to RCP, etc. This branch of FM (the physical aspects of fracture) is only a few years younger than the computational one, but has been much less developed. A.A. Griffith who first formulated the crack equilibrium condition, is widely recognized as the originator of “physical” branch of Fracture Mechanics. Since Griffith’s time the majority of studies has been dedicated to the observation and characterization of SCG and formulation of empirical SCG equation. Much less work is reported on RCP and even fewer number of publications address the crack initiation. Thus, in contrast with the mature computational Fracture Mechanics, the physics of fracture is still considered to be in its adolescent stage.

The primary objective of Alexander Chudnovsky’ work is the physical aspects of fracture, though the modeling required for understanding and analysis of the experimental data is always present. For example, in a series of specially designed experiments a group of researchers led by A. Chudnovsky has demonstrated that a strong interaction between main crack and a “cloud” of microdefects to a large extend governs the crack growth in solids. To deduce the crack growth law, an analytical technique as well as a semi-empirical method of the crack-microcracks interaction modeling have been developed and applied to experimental data analysis by Chudnovsky with coauthors.

In studies of crack-microdefects interaction Chudnovsky considers two complimentary cases. In one, named Cooperative Fracture, the microdefects are formed in a vicinity of the crack front as a material response to the stress field induced by the growing crack. The microdefects in turn significantly reduce the stresses, i.e. “shield” the crack and constitute the main source of energy dissipation. Thus, in Cooperative Fracture the rate of microdefects formation and their spatial distribution governs the fracture propagation rate as well as the fracture toughness. A concept of process zone (PZ) also known as a “damage” or plastic deformation zone with an “average” microdefects density is employed in Cooperative Fracture to effectively represent the statistical distribution of the microdefects. The law of PZ evolution closely coupled with the main crack propagation is the core of Crack Layer (CL) model of Cooperative Fracture. The formation time and location of the individual defects are random. However, the evolution of PZ as a whole is well reproducible phenomenon and CL therefore is a deterministic model. A large number of papers dedicated to experimental and theoretical studies of CL growth has been published by A. Chudnovsky with his students and coworkers since the original formulation of CL concept in late 1970s.

The fractures commonly observed in the field conditions appear to be somewhere in between the above two cases. Thus, a certain combination of the Cooperative Fracture and Statistical Fracture mechanics methods allows one to adequately address the brittle fracture related problems.

Spanning several decades Chudnovsky has focused on the observation of fracture mechanisms in various materials, development of the corresponding modeling (such as Crack Layer and Crack Diffusion models) and experimental examination of the relations between the models and the observed fracture behavior. He combines the fundamental studies with various practical application of the models to fracture of metals, plastics, rocks and composites. A number of engineering problems such as conditions and time of fracture initiation, mechanisms and constitutive equations of CL growth, observations and modeling of brittle fracture resulting from a combination of mechanical stress and chemically aggressive environment (stress corrosion cracking) in metals and plastics have been successfully implemented in the evaluation of fracture toughness, assessment of materials durability and estimation of structural elements lifetime.

The complete set of nonlinear integro-differential equations for a thermoelastic material with memory has been derived from first principles of thermodynamics.  The equations were applied to thin walled structures. Some biomechanical applications have been considered.

Local failure is considered as a critical phenomenon.  The necessary condition of thermodynamic instability yields a certain relationship between critical level of damage and stress state.  The sufficient condition of instability usually is a requirement of latent energy (energetic barrier for transformation).  The latent energy is not a material constant.  It depends on a stress state.  Therefore, the entropy criterion has been proposed in the paper published in 1969.  Experimental results support the hypothesis of the entropy barrier being a material constant. The criterion has been applied for long-term strength analysis.  A chapter of a textbook on Strength of Materials has been dedicated to the entropy criterion of failure.

A set Ω  of all possible fracture surfaces, probabilistic measure μ on Ω , and a probability of failure P[ω] through a particular fracture surface ω are introduced.  The set Ω and the probabilistic measure μ are constructed on the basis of statistical analysis of observed fracture surfaces.  The functional P[ω] is a probability of a crack (cracks) belonging to a particular surface to reach a critical length (critical configuration for many cracks) at which instability occurs.  The ultimate probability of failure is expressed in terms of an integral over Ω from P[ω] with respect to μ; (Wiener's type integral).  The theory describes quantitatively the information contained within a random roughness of the fracture surfaces.  The theory has been applied recently to the analysis of failure of concrete and composites.

Damage inevitably accompanies slow crack propagation in engineering materials.  The theory considers a crack and the surrounding damage as one macroscopic entity, i.e., crack layer.  Crack layer possess few degrees of freedom, i.e., translational, rotational, expansional, distortional ones, in contrast with the conventional crack cut, which can only extend.  The driving forces reciprocal to the mentioned degrees of freedom and the constitutive equations for crack layer growth are derived from the first principles of thermodynamics.  At present, the crack layer approach is being intensively developed in both experimental and theoretical directions. About 70% of sponsored research in Fracture Mechanics and Materials Durability Laboratory is associated with Crack Layer Theory.

Statistical micromechanics of irreversible deformation and fracture of engineering thermoplastics.

Crazes, shear bands, microcavitation, etc., are the primary mechanisms of irreversible deformation of engineering thermoplastics.  A volume which is sufficiently large with respect to characteristic size of crazes or shear bands, is considered as a representative volume for modeling a microheterogeneous material as a homogeneous continuum.  Macroscopic irreversible deformation is expressed in terms of crazing (or shear banding) density and average characteristics of an individual craze (or shear band).  Elementary microevents are considered as a transition from the isotropic to an anisotropic solid state.  Using the self-consistent field method, the relationships between the stress and strain averaged over a representative volume have been derived.